After leaving my home of 20 years, I headed northwest to Guerneville. I know it’s not that far (just 1.5 hours), but starting fresh on my long trip, it felt far enough away.  I needed to decompress after the emotional departure. It was a wonderful way to start my journey, coming into the loving arms of my uncle and cousins.

Our time together was so relaxing, so fun and very nurturing. I felt very fortunate to be a part of the McKee family. One cousin, Tom,had only been in San Francisco back in the early 70’s and so we did a touristy day walking Chrissy Field and Ft. Baker, a fine leather shop owned by Julia (Jim’s significant other) on Union St., Lombard St, and Coit Tower. Wonderful day. We also did some wine tasting in Santa Rosa. 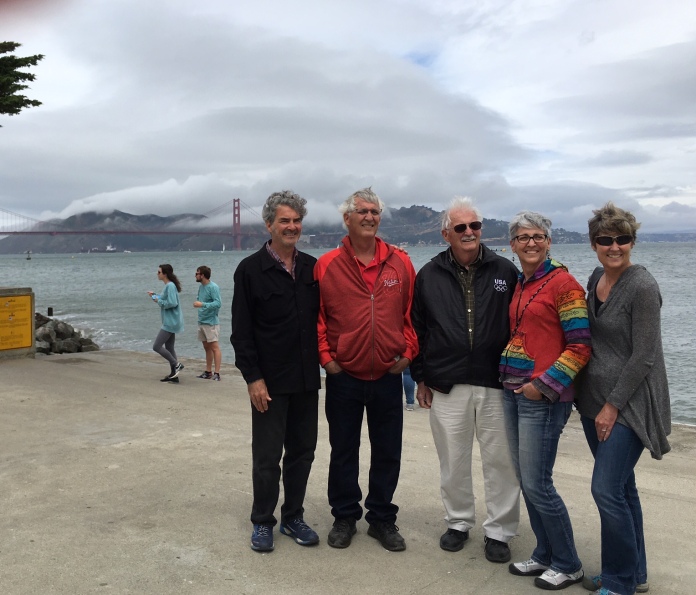 Leaving after a quick 6 nights, I headed back to Santa Rosa to the loving home of my friend Deble. The only picture I have of this time is of a family of ducks at the resort/spa we spent time at soaking in the sun and swimming.  I still need to transfer it from my phone to the computer!

The highlight of the past few days was seeing Isabella and Courtney for dinner in Berkeley.  What love!  This photo was taken just a day or so after Isabella (Alaya) was born in 2007. 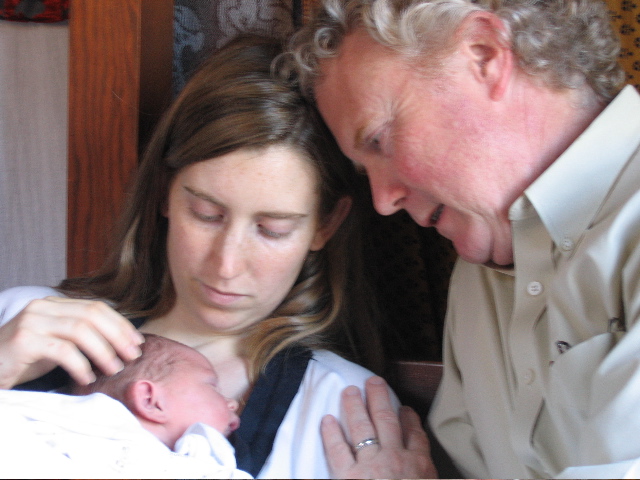 I was back in town for an ordination: A Catholic Women Priest: Joanna Truelson , who was my Course in Miracles facilitator/teacher. What a moving event that will most likely prove to be history.  (Pictures hopefully, to follow.) What was striking for me was when the garb was placed on Joanna, her robes and beautiful scarf, it seemed to me she was becoming someone who had holiness, had spirit and love emanating from her. Though I had seen this in her before, the formality seemed to solidify her position and intentions.

I really have to sync up my picture-taking, transferring to the computer and this blog. You’ll just have to check all the blogs over again! I didn’t want too much time to go by before you started worrying if I was still alive.

I am off to Richardson Grove, just south of Garberville following the coast up and into Oregon. I hope to be more consistent and more frequent as the my year goes along.

Stay tuned, lots of love to you all.